endeavored to recover, from an auction house in Flanders, three objects belonging to the Cultural Heritage of the Nation, the

The recovered parts were sent back to the South American country.

It is a ceramic jug belonging to the Inca culture, developed in the coast and the highlands of southern Peru during the Late Horizon period (1476 AD-1532 AD).

Similarly, a ceramic bottle with a double conical spout was recovered. It belongs to the pre-Hispanic Lambayeque style, developed on the northern coast of Peru during the Late Intermediate Period (1000 AD-1476 AD).

To this set is added a sculptural ceramic bottle, which represents an ornithomorphic being (duck) and belongs to the pre-Hispanic Moche style, developed on the northern coast of Peru at the beginning of the intermediate period (200 BC-600 AD).

“The cultural heritage of the Nation is priceless! stressed the Ministry of Foreign Affairs, highlighting the efforts undertaken by the Embassy of Peru in Belgium, headed by Ambassador Gonzalo Gutierrez.

“The Embassy will continue to work on the recovery of our cultural property,” he stressed.

Gonzalo Gutierrez is Ambassador of Peru to Belgium and Luxembourg, as well as Head of Mission to the European Union. 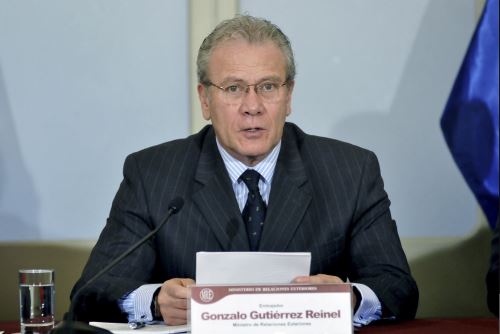